Proudly I Can Say I Never Had Sex with Congressman Scott DesJarlais...... He's a Legitimate Idiot

Al Kamen
In the Loop 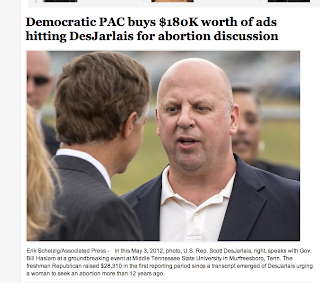 Things sure were looking rough for Rep. Scott DesJarlais for a while, after the revelation of a phone call the Tennessee Republican — an opponent of abortion rights — had with his mistress in which he pressured her to have an abortion. The fallout was so bad, he even had to lie low in Washington for a bit.
But his campaign’s outlook might be sunnier in recent days, now that he’s picked up two important endorsements: one from the National Rifle Association, the other from . . . wait for it . . . a second mistress! 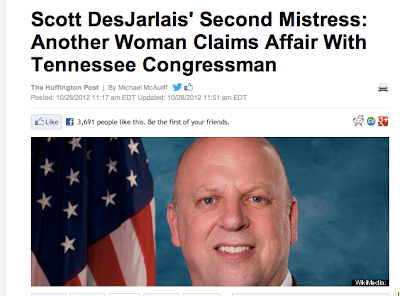 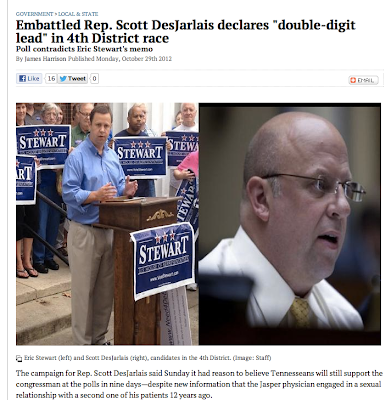 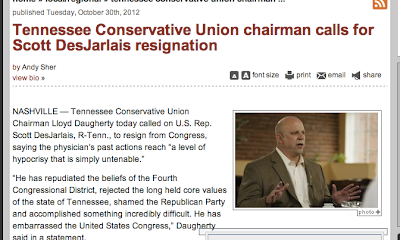