Al Gore... The Altitude in Nashville is "normal" So What's YOUR Excuse? 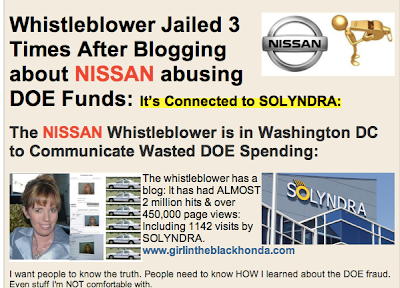 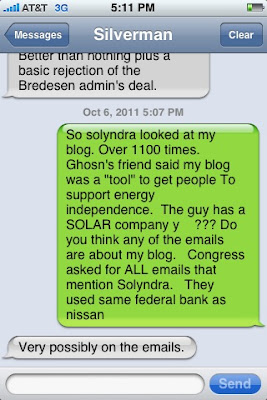 THIS IS A TEXT MESSAGE BETWEEN MARK SILVERMAN A FORMER TOP
EDITOR OF GANNETT AND SHARYN BOVAT.... SEE MORE TEXT MESSAGES AT
http://gillespierove2012.com/DC_Pillow_Talk.html

My Web States Show starting in summer 2009 that YOUR Green Friends read my blog... they knew about NISSAN fraud.....  YOU read my blog. YOU told your staffers I was a hero for blogging about WHY America should be energy independent. When I found out that NISSAN did not only want the leaf to fail because it was "unaffordable" each car cost about 80k to make.


When I blogged about the outdated technology in late spring of 2010 people connected to YOU had me jailed 3 times to discredit me.   Then YOU had the gall to have someone ask me if I wanted to "date" you. During that time a judge delayed the reading of the formal indictment against me.   Mark Silverman the editor of the Gannett owned Tennessean KNEW I was telling the truth.   He told me had I "dated" you the charges would have been dropped.  I spent 19+ months fighting in the corrupt Tennessee courts.  People in the Republican party are connected to the Green Fraud & former Governor Bredesen is connected to the green fraud. People in Tennessee wanted me silent.  NISSAN has about 6 billion in IDB bond debt.  The people that profited from those bonds wanted me Sharyn Bovat the international relocation consultant silent. Imagine how terrified I was when a judge told me he'd jail me for a year.

After I whistle blew I had to give up custody of my child.  I've had death threats.   Sir, I became a Democrat in 1994 and as YOU know from my blog I was around the people that profited from stuff in the Middle East.  Mr. Gore YOU knew I was credible.  19+ months in the courts and NOBODY questioned my blogging about doing research for CIA operatives.  FYI- I ONLY blogged about that AFTER NISSAN Corp. Security declared me the #2 security risk for NISSAN globally. Literally me Sharyn Bovat a carpool mom was deemed by a major auto maker the 2nd biggest threat. NOW people know it's because the CEO Carlos Ghosn helped the CIA during Iran Contra.   People know that Carlos Ghosn got his "start" in life from being the child of a man that organized Operation Condor flight in Brazil.   Sadly people now know my family was part of Operation Condor.   People now know that I'm connected to people that were part of Iran Contra.   There was a reason why the person hired to find homes and get cable for NISSAN's top executives (including Carlos Tavares the 1st board member to reside outside of Japan) there was a reason why I was a #2 risk.


Al Gore YOU almost became President.  I had blogged that I stood up to Oliver North and told him that I thought what he did was wrong.  I have blogged that I want America to succeed.  For years I have blogged about the need for America to become energy independent.  You sir probably liked the fact that I had "insider" info on the your nemesis the GOP.    Mr. Gore had YOU no been corrupted by the Prince in Qatar that you could have been the HERO in the NISSAN Whistleblower story.  Instead your getting outed as a bitter greedy man who betrayed America after a few hanging chads cost  him the election.


FYI- I did NOT vote for George W. Bush in 2000 because I knew he's take us to war.   He had daddy's unfinished business to "take care of".... Had I stayed a researcher most likely I would have been the person asked to put "sweet n low" in the vial that Colin Powell showed congress.  Sir that is WHY I lost respect in the GOP.

NOW I've Lost respect in the Democrats what I've seen in the spending of taxpayer money is beyond criminal it's inhumane.  NISSAN does business with Iran and the Treasury bank funded a "very risky" loan for over a billion dollars to a company that fuels the people that are funding the efforts to kill our troops.

The GOP is NOW the party I trust because Just to get a "clean" judge in Tennessee I had to reach out to people from my past.  Now I'm exposing the "bad apple" in the GOP that led disinformation communications.   Yesterday at CPAC I was told that Sal Russo is "on a short leash".....


I've learned over the last few years that Karl Rove is not as "evil" as I thought.  He just like rich people.  He's not one of the war mongers.  In fact the want America to succeed & the rich can't get richer without a "healthy" middle class.

Back to the War Mongers that frustrate me....BUT now I understand them better.  Thanks to my time in DC.

America is a nation that was created by war. We are a war culture. Lots of business need America to have a strong Naitonal Security or the unemployement rate will skyrocket Worse it's a dangerous world and America has to be the nation that's the "Global Hall Monitor".  When I hear the "think tank elite" speak I get it.

Luckily I've been around some high level military types & I learned how to fight like a warrior.

Mr. Gore YOUR gonna see me drop some "propaganda" showing that what YOU did was wrong.


Recent intelligence shows that your ally GOOGLE is now neutral....  The are no longer protecting the hidden agenda of the greedy.  In fact GOOGLE and others in the Silicon Valley are going to help protect America and the World from sinister political players.

America is in trouble economically and YOU are part of the problem... Another part of the problem is Gannett.... But I think I made an "impact" after Bob Dickey had Google "hide me" and after I communicated in a "viral" way to Larry Page ... Google brought me back and NOW Bob Dickey has been exposed for "not reporting" stories that matter. 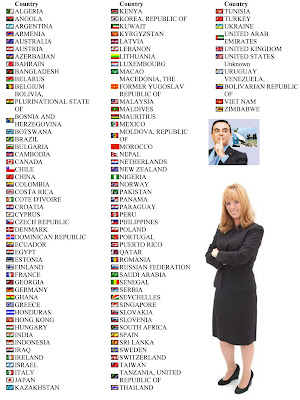 The bullying of me escalated as Green companies connected to Al Gore got their DOE loans...

Haley Barbour and Lamar Alexander are part of the problem.  That is WHY the GOP elite have been "cautious" luckily Rove and Gillespie now have Haley on a "short leash" too. 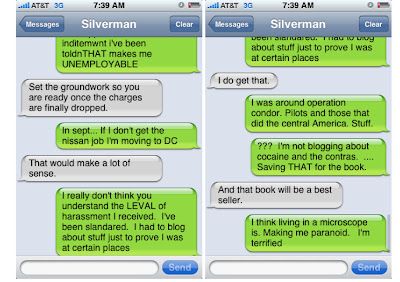 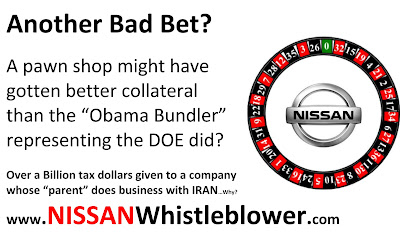