James Comey Tell My NOW Gagged Sources I've ONLY Said the Name of the Hacker That Told Me He Found Hillary's "Backed Up Emails" Because Life is in Danger: Mike Reyes is an ETHICAL Hacker & He Did His Job & It Seems Like His Employer Verizon DID NOT Hand The Feds (or Hillary Clinton?) EVERYTHING.... vs In the Past They Gave the NSA EVERYTHING.....Verizon CEO is a Clinton Foundation Donor Too: Nothing Makes Sense EXCEPT Mike Has Been an Emotional Wreck the Last Month & Told Me He "Lives for His Children"....If He Dies It's NOT a Suicide. I Wanna Save Mike Reyes from Being Seth Rich'd. 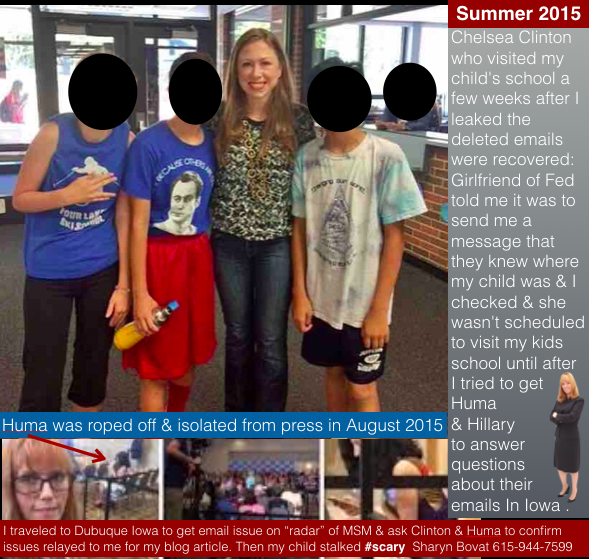 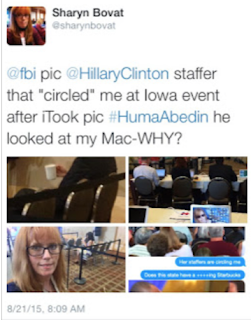 Feels good to finally be able to verbalize it 😏
Aug 18th 2015 i made YouTube to telling of 2nd server with her wiped emails https://youtu.be/GWJdMf8mg9U & just found out Hillary didn't know about it till "end of August" 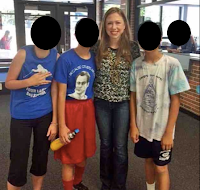 http://dailycaller.com/2016/08/26/clintons-use-of-email-scrubbing-tool-may-not-have-been-detectable-to-fbi-developer-says/
My kids in blue tee next to Chelsea Clinton who visited my child's school a few weeks after I leaked the emails were recovers: a girlfriend  of Fed told me it was to send me a message: I checked & she wasn't scheduled to visit my kids school until after I tried to get huma & Hillary to answer ? About emails In Iowa ...
I'm now living in Virginia & going to ask my Senator (Kaine) to ask the FBI to make sure I'm not whacked.  This whole this is fricking weird!!!!
Sent from my iPhone 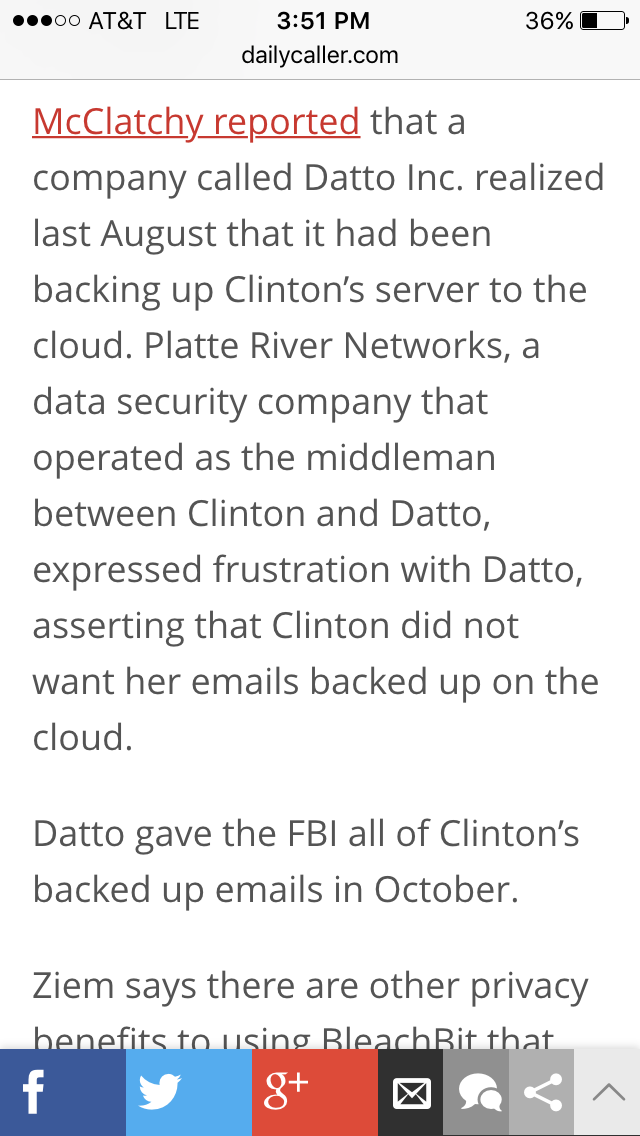 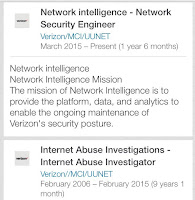 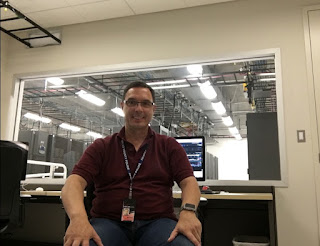 An FBI informant whose spent over 1000 hours talking to agents told me that the DNC Leaks "wreaked" internal source.... is that Seth Rich or is it someone from Verizon?

I've got a lot of info BUT realized Mikes Life was at risk after his text to me about "Living for his Children"... I'm worried the Clinton allies will whack him.  He's a good guy who i believe got into something accidentally. I know Mike knows I'll stop blogging about I'm if he tells me the truth. He knows how to contact me. 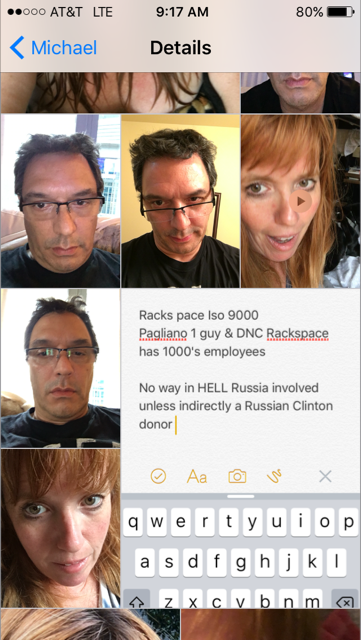 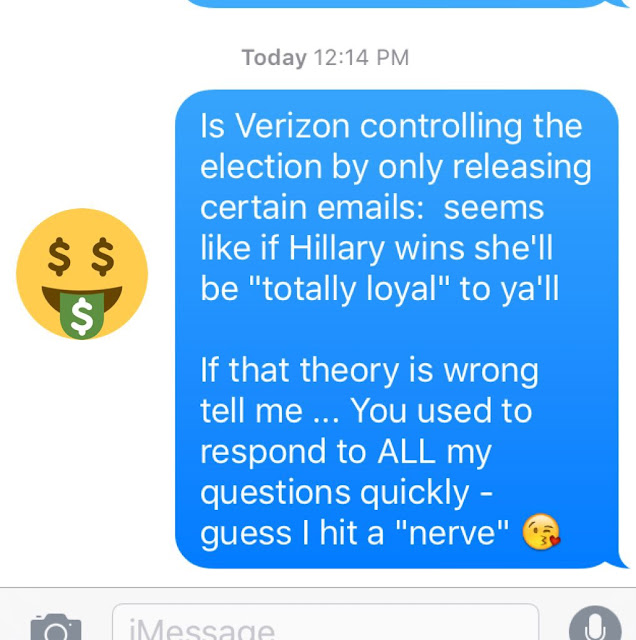 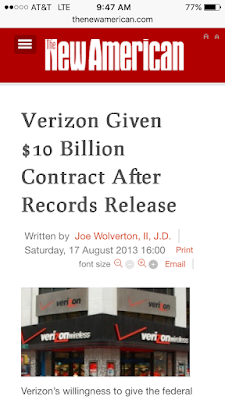 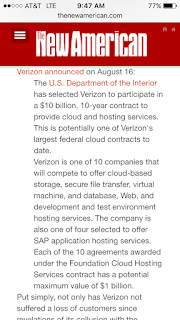 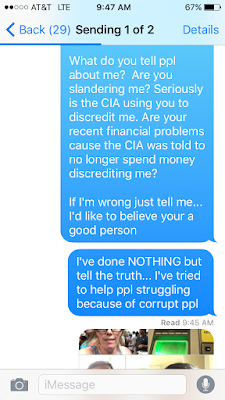 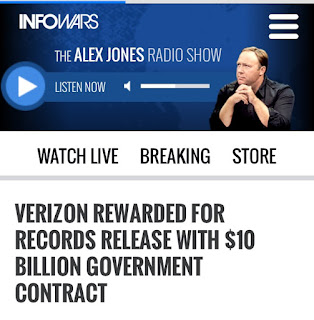 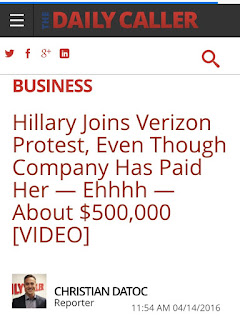 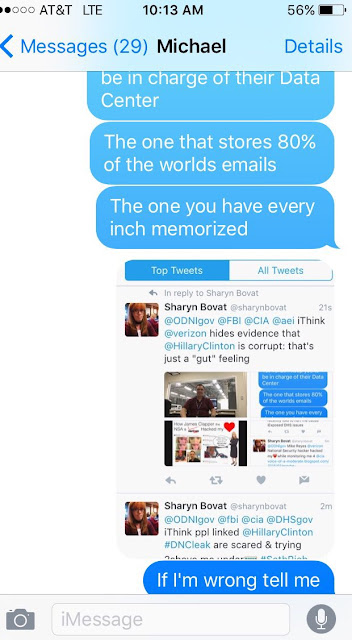 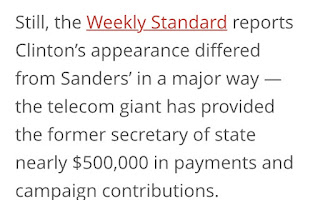 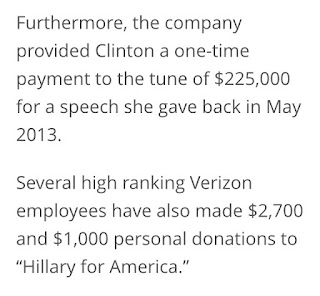 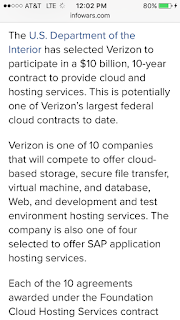 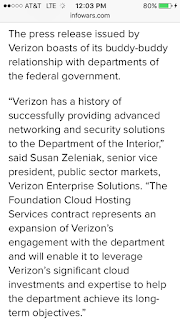 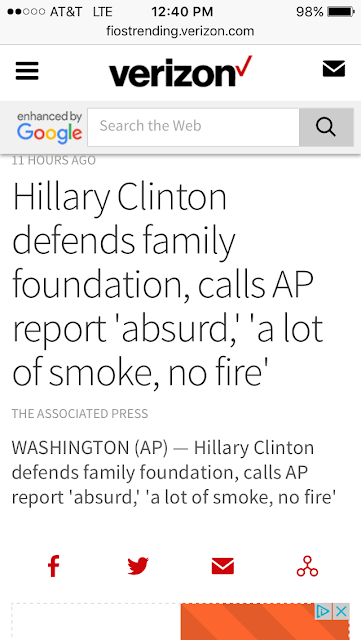 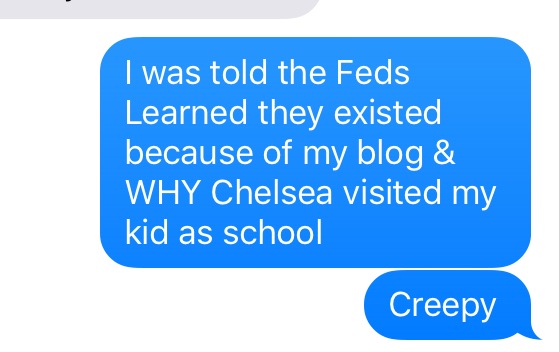